Where else do museum workers spend their honeymoons but going to museums? In August, on a delayed honeymoon, my husband and I visited Copenhagen, Berlin, Tallinn, St. Petersburg, Helsinki, and Stockholm. It was an extraordinary trip and we visited museums in every city - some good, some bad, some simply radically different from the museums I had grown used to in the United States and western Europe. 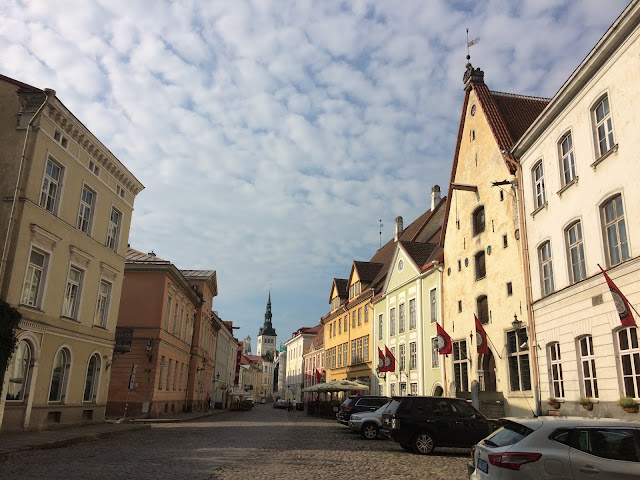 In all, we both fell totally and completely in love with Tallinn, the capital of Estonia. Medieval at its core, the city had its heyday as a trading center of the Hanseatic League. The medieval center of the city was preserved in the way that many cities are stilled in time: by economic bust, by growth in other parts of the country, and by a fierce pride in heritage. 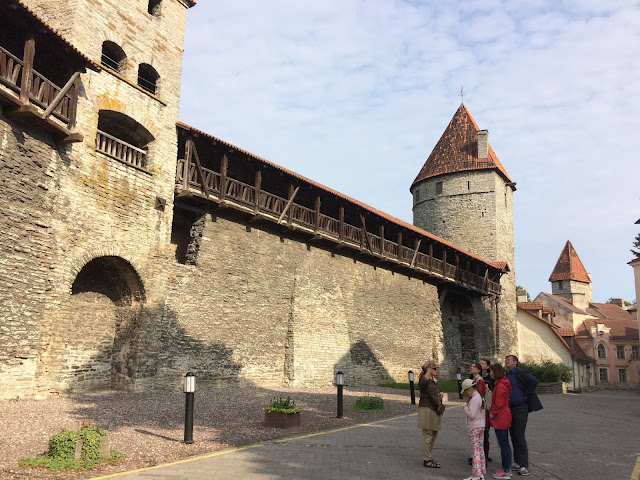 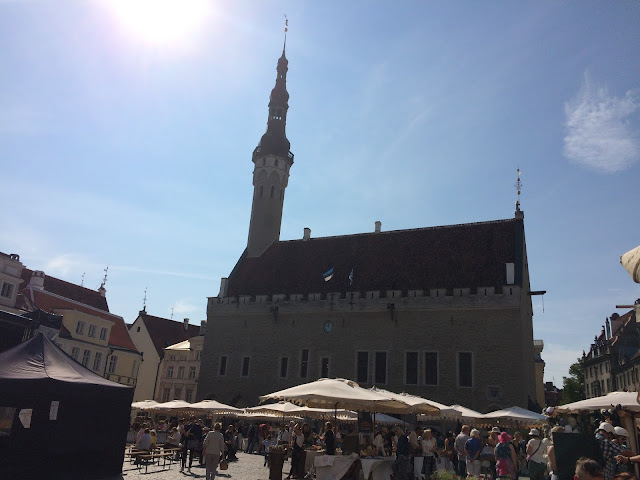 Overlaid on that medieval core were new skyscrapers on the edges of the city, and here and there, ghostly traces of the Soviet presence that had occupied Estonia for most of the 20th century.

In many ways, the story of Estonia is a story of conquest and yet strong nationalistic identity. The Estonian National History Museum reflects that, and its central thesis is a strong and carefully reinforced story of a central identity. 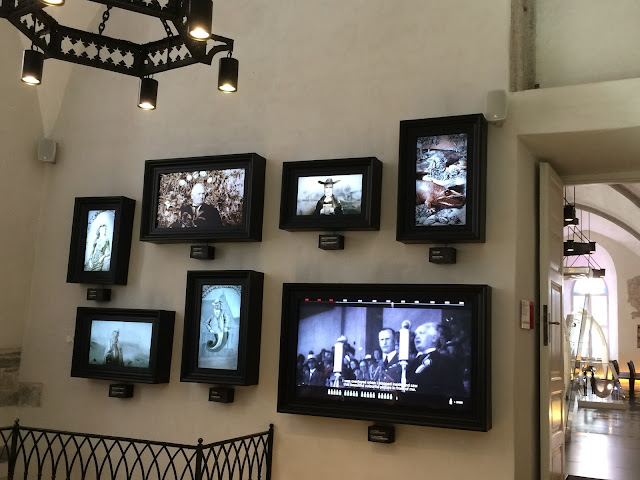 The museum itself was in an old guild hall building that dated to the 16th century. It had been beautifully restored, and the basement was devoted to interpreting the guild as well as Tallinn's role as a trade city.

Above is the entrance to the museum, which told the story of Estonian history through a clever artistic video that used different characters - historic and mythological - to tell different aspects of Estonia's history. Each offered commentary on the main story, told in the largest screen on the bottom right.

In a particularly effective bit of visual clarity in storytelling, the core video had two aids. On the top, a basic timeline, that advanced in red as the story went on. On the bottom, a population counter that mostly rose - but dropped dramatically at several points in the 20th century due to famines and displacement. Large numbers of Estonians fled the country as refugees during the Soviet era. 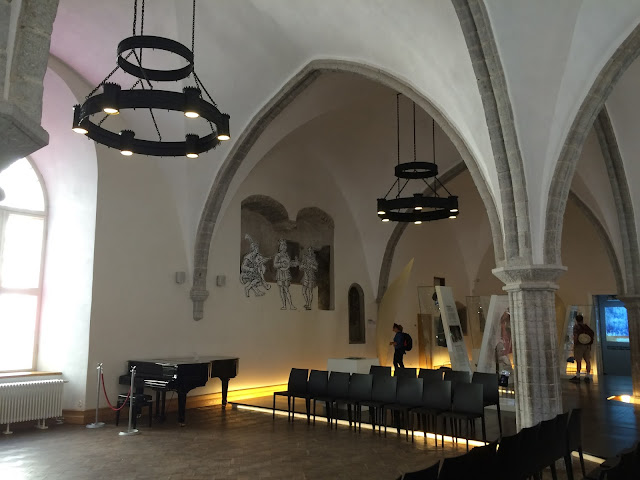 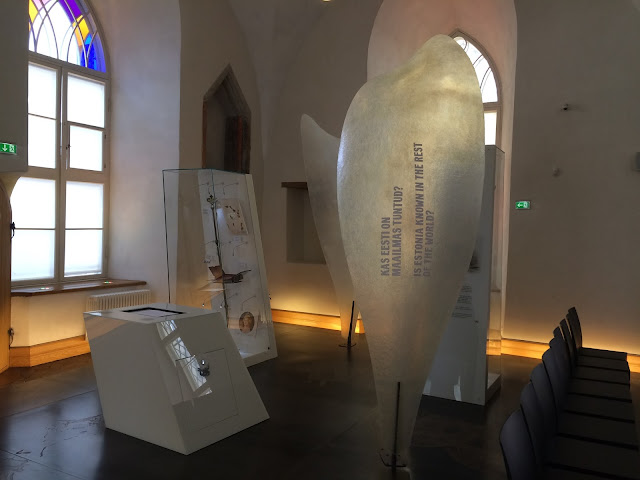 The central hall was sparse but stunningly beautiful. Scattered throughout the hall were these stations, as you can see above. Each one had a question in Estonian and in English, and the questions were constructed to serve two purposes. On one level, they were questions that many tourists would ask, as above - "Is Estonia known in the rest of the world?"

On another level, however, each question was a deeply probing reflection on national identity. I'll be frank: until we booked this cruise (which we did mostly on the strength of my husband's Swedish heritage) I knew very little about Estonia. I probably could not have picked it out on a map. When I listed the cities we were visiting to friends and family, I always had to explain where Tallinn was, and why it was included.

So a question about whether or not people have heard of the country is a very real one, even for this relatively well-educated and well-traveled American, but it's also deeply personal to the inhabitants of a small nation whose independence has been precarious throughout its history - and will most likely be precarious again.

Each question was answered with sweeping, thoughtful language that did include some basic facts and statistics but largely encouraged the reader to think not only on the simple straightforward answer (which to the above question was "well, sort of") but also the ramifications of that answer: how and why  have people heard of Estonia?

Estonia is a relatively stable democracy with a strong ethnic nationalistic identity, at a time when all of those basic descriptors are shifting and don't mean what they used to. Some speculate that, like Crimea, it's an object of Russian interest, and it wouldn't take much for this country to disappear again. Visiting it - and experiencing this museum - felt like a gift.
Posted by Amanda at 12:00 PM