I'll admit, I was not impressed, on the whole, with the Basketball Hall of Fame. Some of that is perhaps due to prejudice (it's not my sport), but the larger part of it was frustration with the way their exhibits seemed designed largely for show and not for substance. I'm a fairly thorough museum-goer, usually exploring every nook and cranny, and I was struck over and over again by the bizarre places in which important information was stashed. The crowning moment of that problem was when I nearly missed the jersey that Wilt Chamberlain wore in his 100-point game - we had walked by it several times and only realized it was there when alerted by a (very bored-looking) docent.

That said, there is one thing that they do spectacularly right there, and that is the center of the museum, which is a large parquet floor with basketball hoops all around and carts of basketballs to play with. One side has hoops at varying heights so all ages can practice dunking, and the other has hoops from various eras, an excellent object lesson in history. 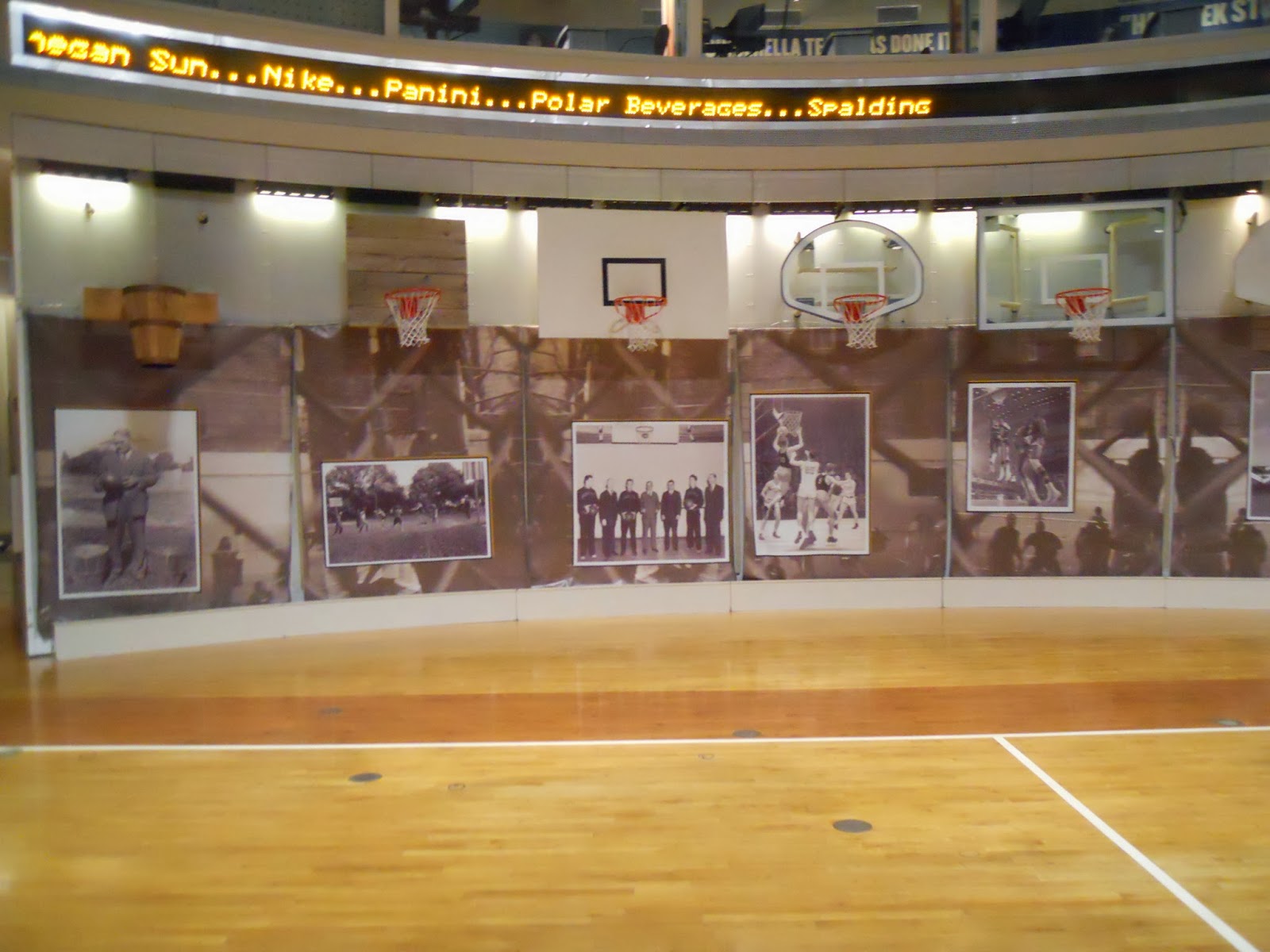